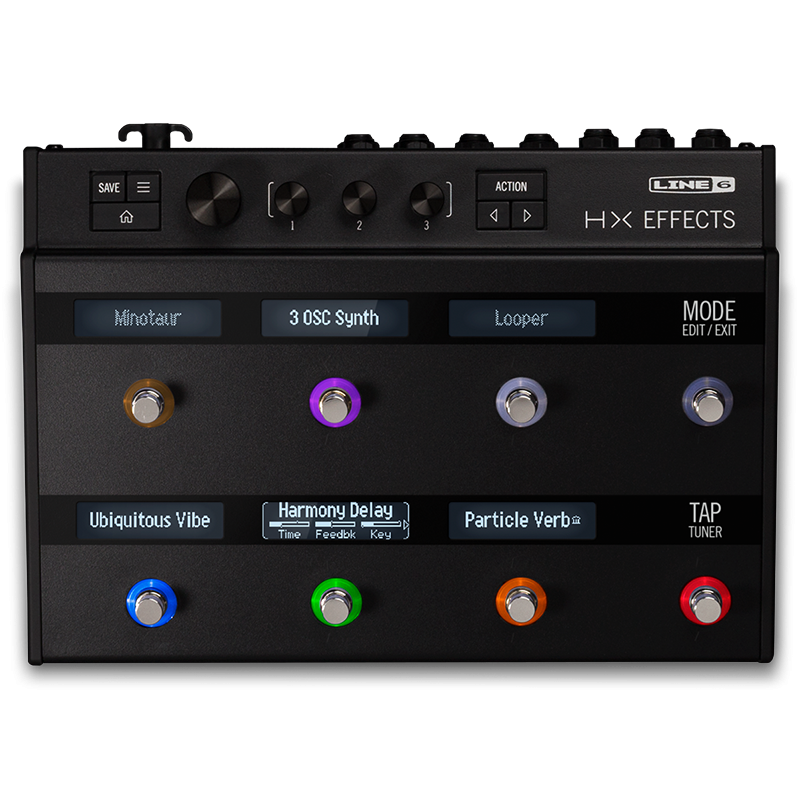 HX EFFECTS FOR YOUR PEDALBOARD

The HX Effects™ processor was designed to be integrated into traditional amp and pedal setups and may serve as anything from a dedicated multi-effects unit to the command center for your entire rig. Although compact in size, it delivers the same professional-grade sound quality and authentic HX® Modeling found in our market-leading Helix® processors.

HX processors feature a clear interface that enables fast tone creation and easy interaction—all with a minimal learning curve and the elimination of complex menu diving.

Snapshots enable you to create multiple variations within a single preset and seamlessly transition between them, without the audio dropouts that occur when switching between presets.

A switchable line-level input enables keyboardists, DJs, and producers to connect electronic instruments or use HX products as outboard processors in the studio.

Switchable analog bypass routes signals at the input(s) directly to the output(s) without undergoing A/D/A conversion.